Bearing Protection Device – How it Works

Under dynamic conditions the BPD uses centrifugal force to take immediate control of the contamination and expels it perpendicular to the shaft. It incorporates a dual contamination expeller system that works in conjunction with internal geometry and an angled rotor/stator interface that expels contamination over 360oF. This allows the expulsion ports, which are found in all traditional labyrinth seals to be minimized or completely eliminated. Expulsion ports are the prime source of contamination ingress.

Under static conditions the BPD relies on the natural condensation process which is occurs when vapor change to a liquid state. This is precipitated by temperature and pressure changes. Common examples are when vapor is forced through small gaps or when it comes into contact with a lower temperate surface. As the bearing housing cools it will naturally attempt to draw air in from the outside as it moves to a state of pressure and temperature equilibrium with the outside environment. The BPD’s ICE (Integrated Contamination Exclusion) system protects the bearing housing environment by breaking down the vapor and capturing the condensate and particulate in the two contamination exclusion chambers where it is expelled at the six o’clock position through the weep slot or angled interface. One of the many features that make the BPD unique is the ICE system. The ICE system enabled Orion engineers to eliminate the traditional expulsion port, which is a major source of contamination ingress and replace it with a very small ‘weep’ slot. In some cases the weep slot was completely eliminated. 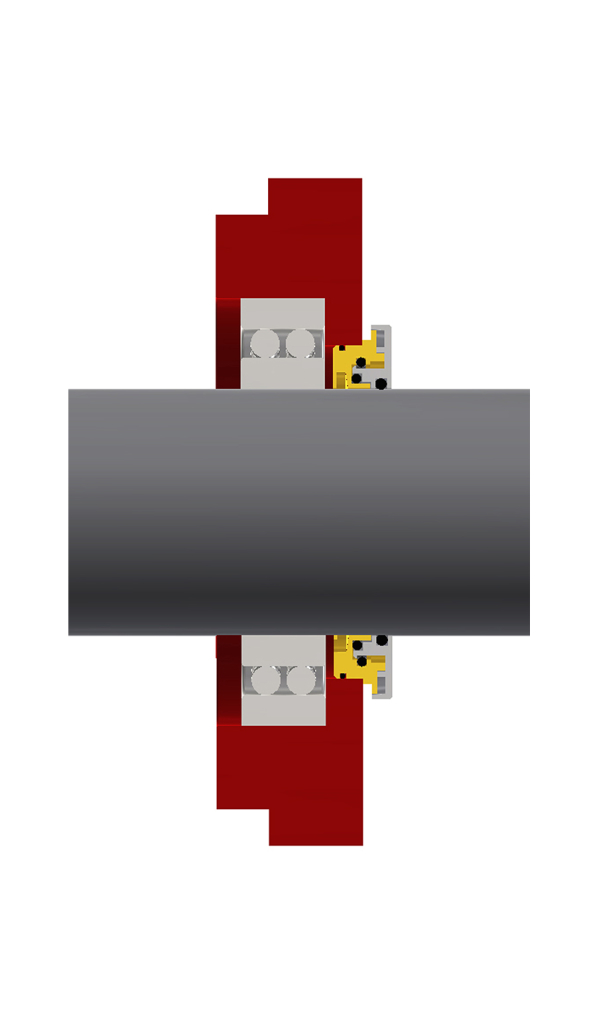